Rockfleet Castle, hidden away in an inlet on the northern shores of Clew Bay was the stronghold of the infamous Pirate Queen of Connacht - the fearless Grace O'Malley, who didn't just take on the might of the english Navy, but Queen Elizabeth I. herself. 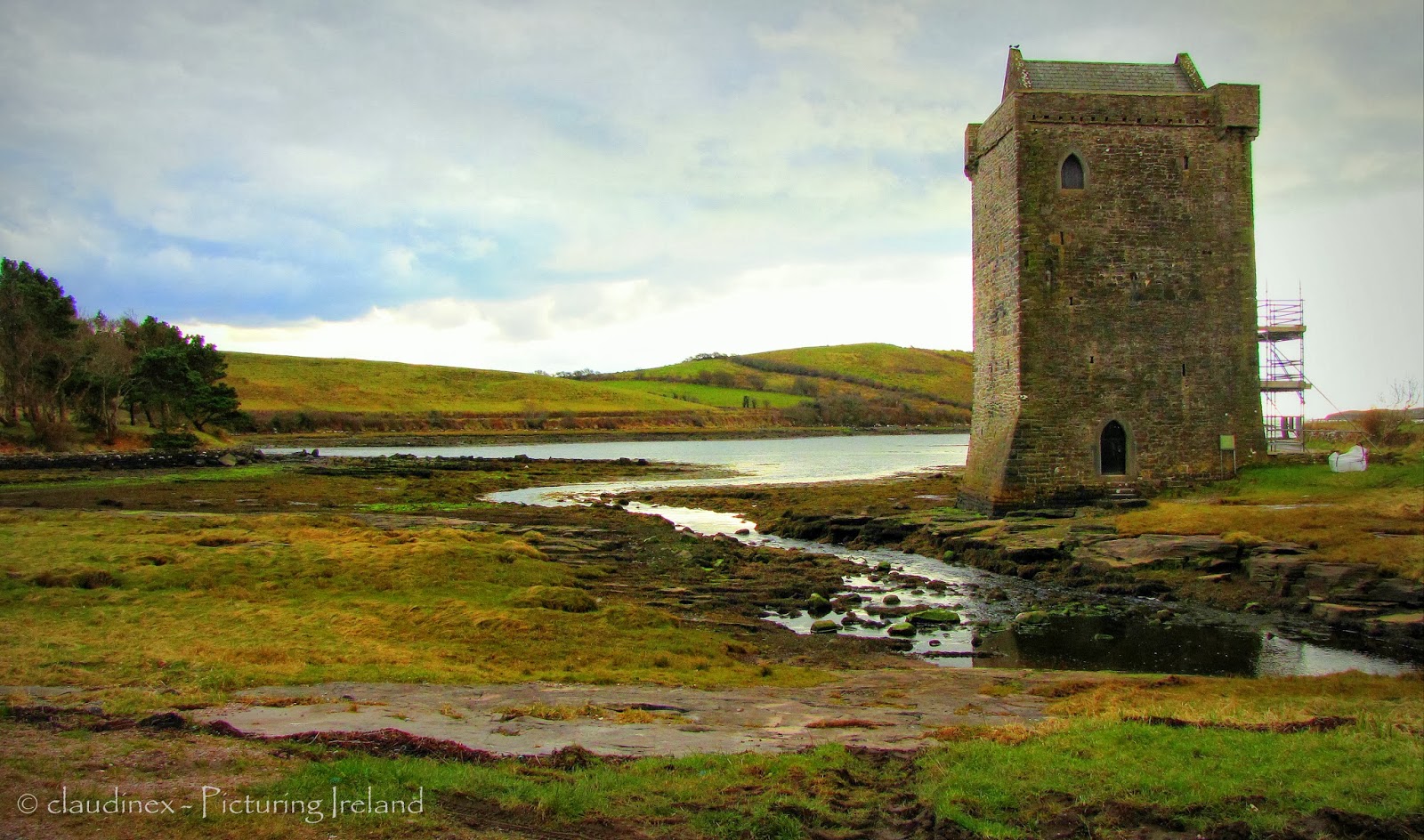 (scroll down for german version)

Rockfleet Castle or Carraigahowley Castle (in Irish: "Carraig an Chabhlaigh" meaning "rock of the fleet") sits in one of the many secluded inlets of Clew Bay. The medieval tower house was built in the 16th century by Risdeárd an Iarainn Bourke, the 'Iron' Richard Burke of the wealthy Burke family. He was married to the - by then already notorious - Gráinne or Grace of  the seafaring O'Mállie Clan from Clare Island.
With over three hundred small islands Clew Bay is a maze of tidal channels, shallow sandbanks, rocks and hidden inlets, making it near impossible for intruders to navigate a ship, let alone a fleet through it. The cove at Rockfleet was the perfect spot to built a stronghold and hide a flotilla of small ships while at the same time keeping watch over the entire Bay.
Grace O'Malley must have had the same thoughts when she locked Richard out of his castle and - as legend has it - called out the window to her beloved husband: "I dismiss thee!"
Under Irish Brehon law these words would legally end a marriage.

It was Grace's second marriage and she had only married Richard for his prestige and properties.
Grace was born in about 1530 into the seafaring O'Máille Clan. Her father was the chieftain of the Clan who called Clare Island and the uncharted and wild waters of Clew Bay their home. The remote area in the west of Ireland has been the Clan's stomping ground for hundreds of years.  In a time of Clan rivalries and inter-tribal feuding the O'Máilles managed to control the shores of southern Mayo. Their ships went sailing up and down the west coast of Ireland, with trading expeditions leading them as far away as Scotland and Spain. The Clan was also in the business of extracted taxes from every merchant ship passing by, much to the disdain of the English fleet, who considered all of the ocean the property of the Crown. For them the O'Malleys were nothing less than thieves and pirates.

Gráinne, as was her irish name, wanted nothing more than to follow in the footsteps of her father. Irish folklore tells the story of how she cut her long hair short to be able to accompany her father to sea after having been told she couldn't come because she's a girl and her hair might get caught in the ropes. This is how she became known as 'Gráinne Mhaol' ('mhaol' meaning bald or having cropped hair), which later was anglicised into 'Granuaile'.
When Granuaile turned sixteen she was married off to the son of a chieftain - 'Donal of the Battles' of the O'Flaherty Clan, rulers over Iar-Connacht, modern day Connemara. They had three children, before Donal died in battle. After his death, now in her mid-twenties, Granuaile left Iar-Connacht and returned to her beloved Clare Island, taking with her an army of loyal O'Flaherty men.
A few years later her father died and Granuaile, having proven herself a brave sea captain and worthy successor became the O'Malley Clan leader. She was not afraid of battle and continued the tradition of trading and raiding along the southern coasts of Mayo and Galway. Soon her Clan was one of the wealthiest in the region.  In the following years she became known as the 'Sea Queen of Connacht' and her notorious reputation started to reach the royal courts of faraway England. 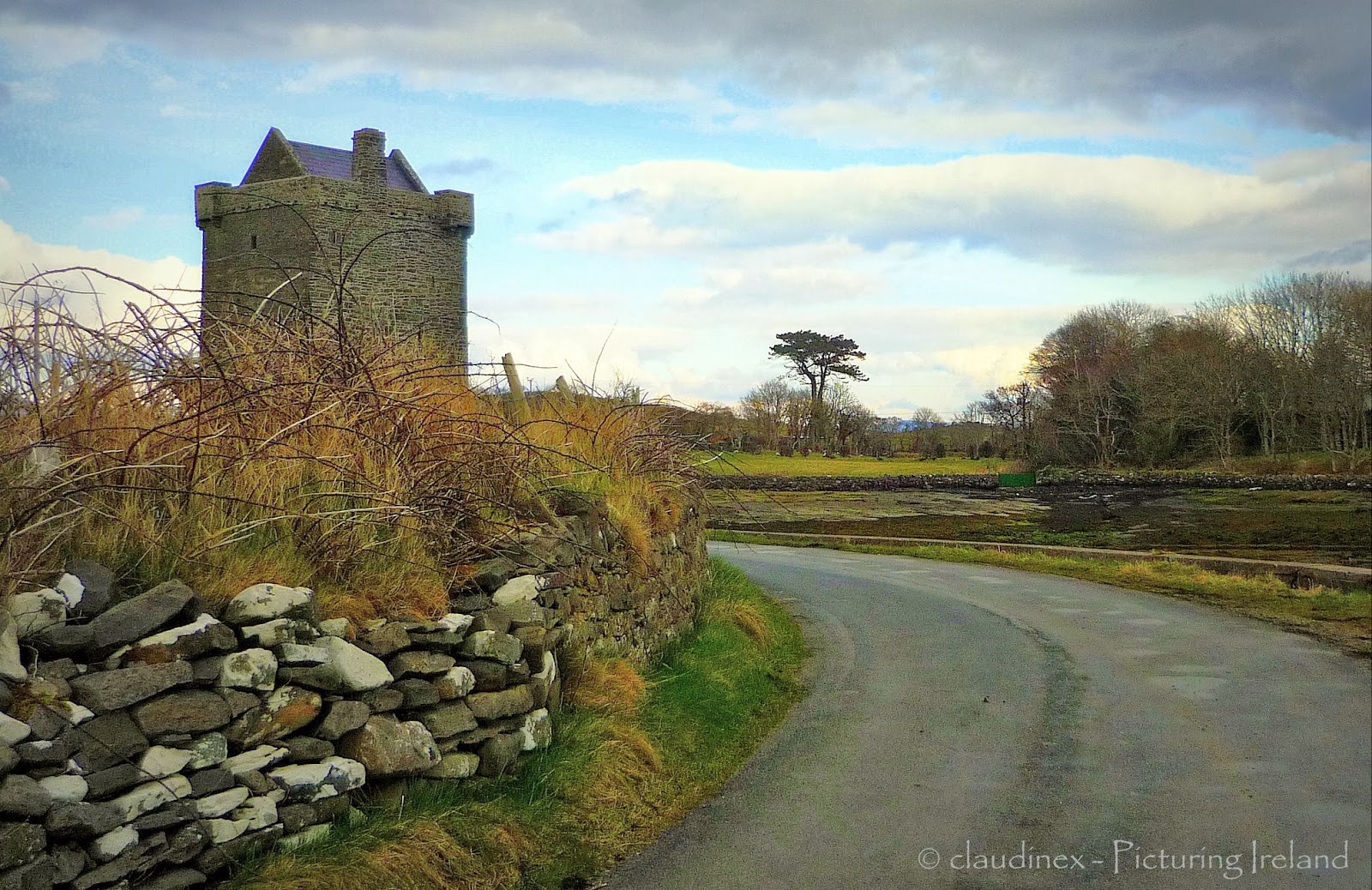 In 1566 Granuaile decided to expand her territory and to marry Risdeard Bourke, the chieftain of the Bourke Clan who controlled the northern shores of Clew Bay.
Under Irish Gaelic law (known as the 'Brehon Law') it was not unusual to marry for a one year trial period, after which either party could end the marriage if they wished to do so.
And that's exactly what Granuaile did.
She also made sure she kept the strategic castle in Rockfleet Bay, after moving her army and her ships in. The little defensive tower house became her main residence surrounded by extensive outbuildings for her loyal army and family, with her fleet parked away safely in the sheltered inlet.
According to local lore the mooring rope of her ship ran through the loophole on the south wall of the castle into her bedroom on the top floor, where she would tie it to her bed post at night.
Although divorced, Risdeard and Granuaile remained friends and allies, combining their forces against the English. They even had a son together, reputedly born aboard a ship on the high seas.


Across the Irish Sea Queen Elizabeth I. started to grow weary of the rebellious Irish Clans. She appointed a new Lord President to Connacht to increase english control in the province. Sir Richard Bingham went to work and started to ravage through the region. When he had Granuaile's eldest son imprisoned and murdered, it marked the beginning of a long and relentless war between Bingham's army and the Pirate Queen of Connacht.
Eventually Bingham's fleet of war ships managed to seal off Clew Bay and corner Granuaile in Rockfleet Castle. Granuaile surrendered and was imprisoned for months. Bingham also captured her half-brother Donal and her youngest (and favourite) son Tiobóid na Lang - 'Tibbot of the Ships' - the one born at sea. That's when Granuaile started to write directly to the Queen, petitioning for their release and requesting an audience to present her case at court. These letters, as well as Bingham's accounts of events and the records of the Royal Court are the only historical evidence left of Granuaile's unusual life story. Without these records the tale of this fascinating woman might merely be a local legend and myth, shrouded in mystery, but through her correspondence with the Queen we can actually retrace Granuaile's steps and recount her life's adventures.
After several letters sent back and forth, Queen Elizabeth I. finally granted Granuaile an audience. She was guaranteed safe passage to England and allowed to present her case. In the spring of 1595 Granuaile weighed anchor and sailed straight into enemy territory. 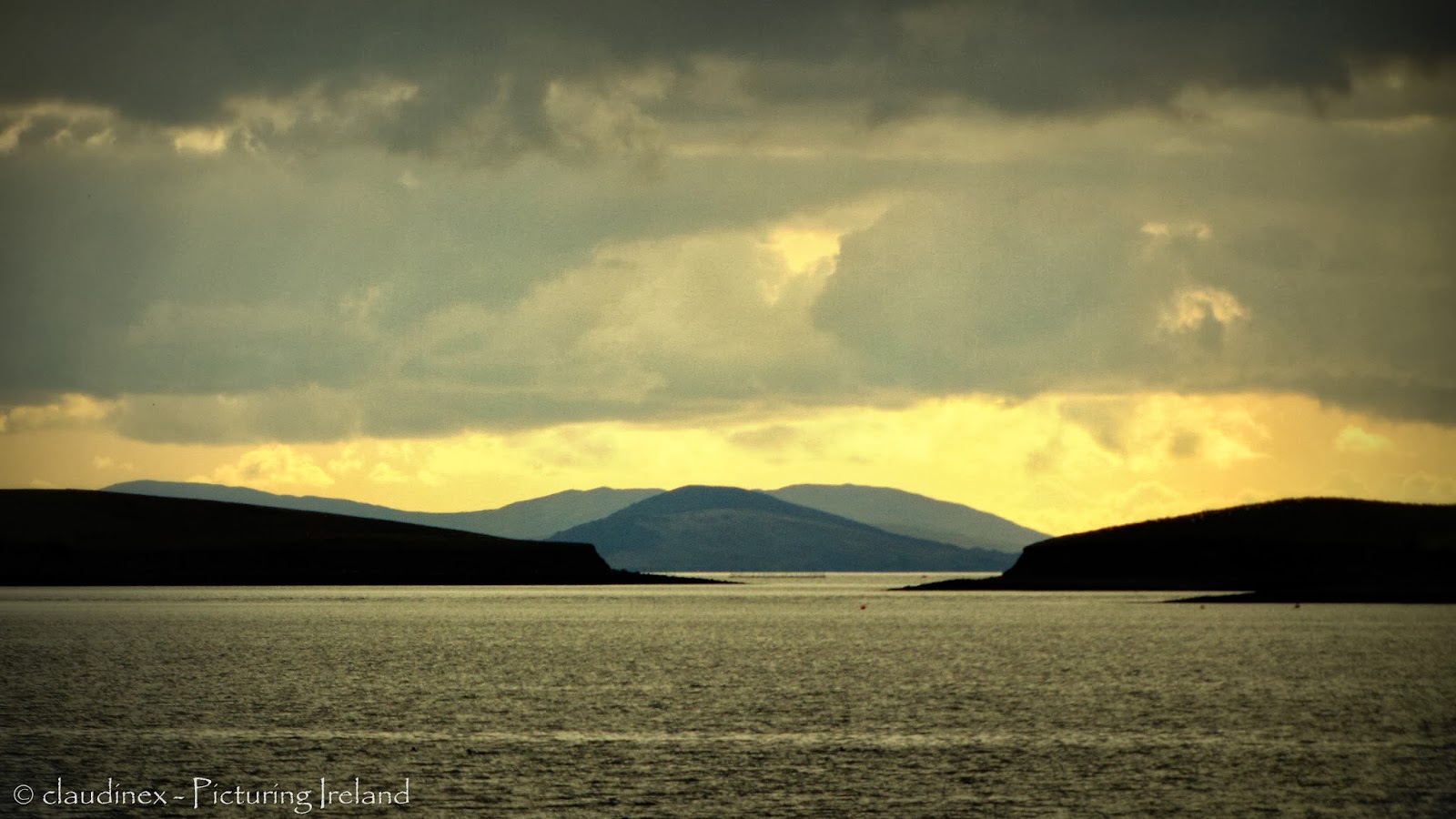 Granuaile's reputation preceded her and when she arrived in England people were lining the banks of the Thames to catch a glimpse of 'that infamous pirate woman'.
The Queen and her royal court were equally intrigued by the Clan leader. Elizabeth and Granuaile, both in her early sixties, sat down and worked through a catalogue of demands, surrounded by guards and members of the royal court. Granuaile knew that in the lion's den she had to play by Elizabeth's rules. Most of the agreements the two women negotiated that day were eventually broken, but for the time being all charges against Granuaile and her family members were dropped. In turn she pledged to give up piracy and support the english crown.
In a letter to Lord Bingham Elizabeth demanded "to take pity on the old woman of Mayo and let her live out her final days in peace." Bingham himself was ordered back to court and removed as Lord President.

Granuaile returned to Rockfleet and died there only eight years later in 1603, the same year Elizabeth died.
She found her way into history books as 'that notorious woman in all the coasts of Ireland' and 'the nurse of all rebellions', but in order to survive the turbulent times of the 16th century she had to change the rules and fight for her Clan and family in a world at war. She was a rebel and a warrior, one of the greatest Clan leaders and the most remarkable female sea captain Ireland has ever known. 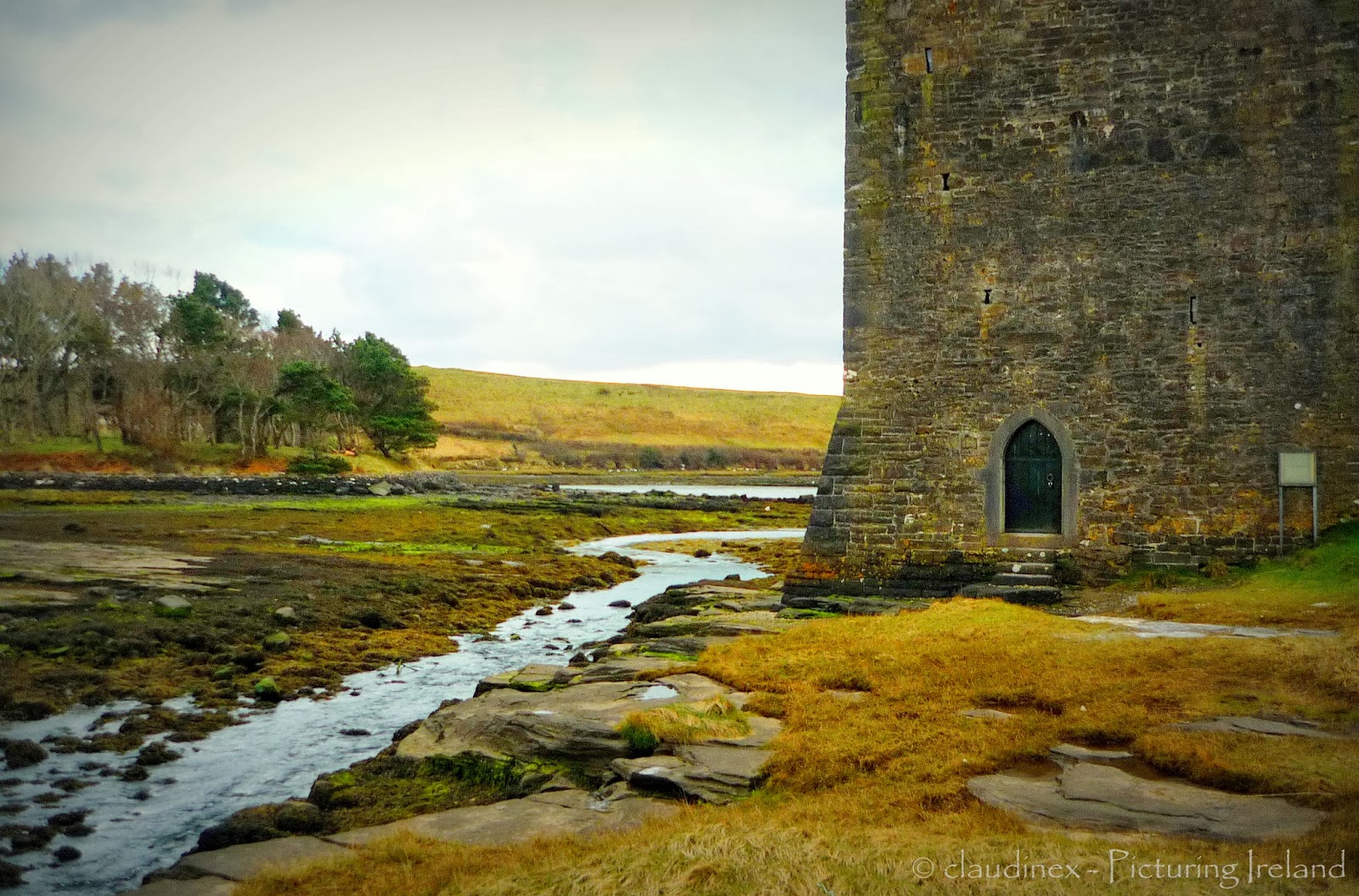 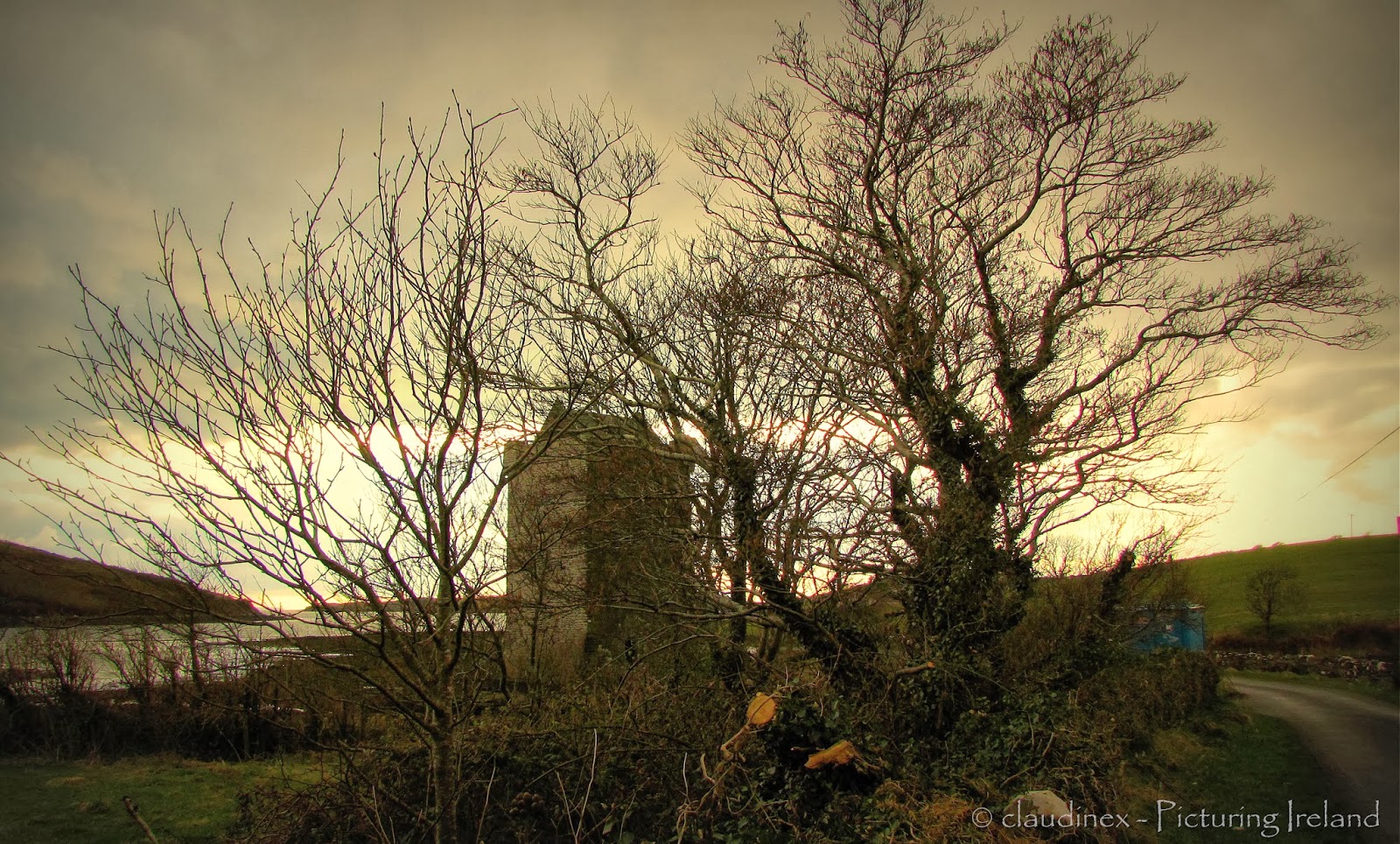 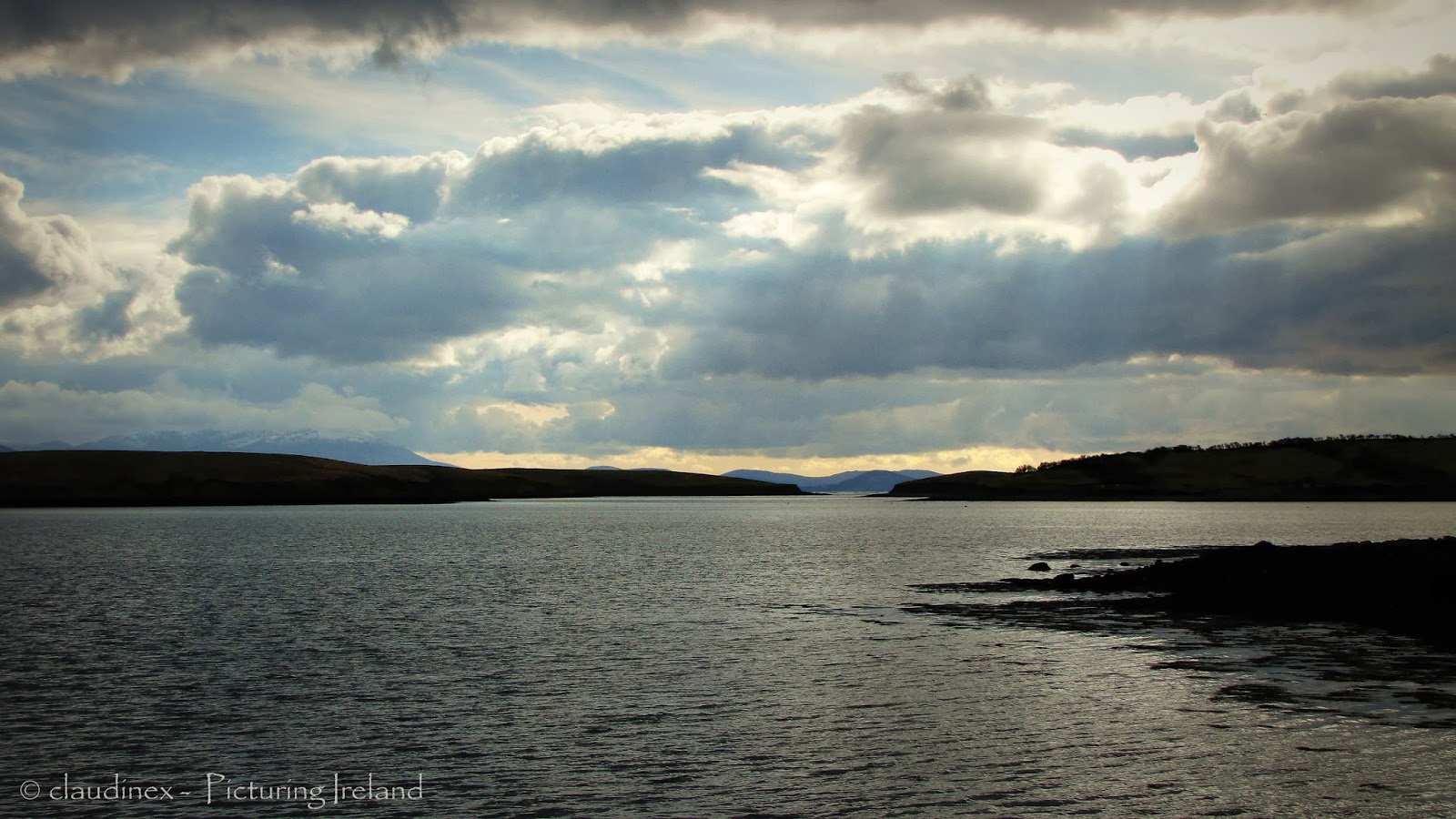 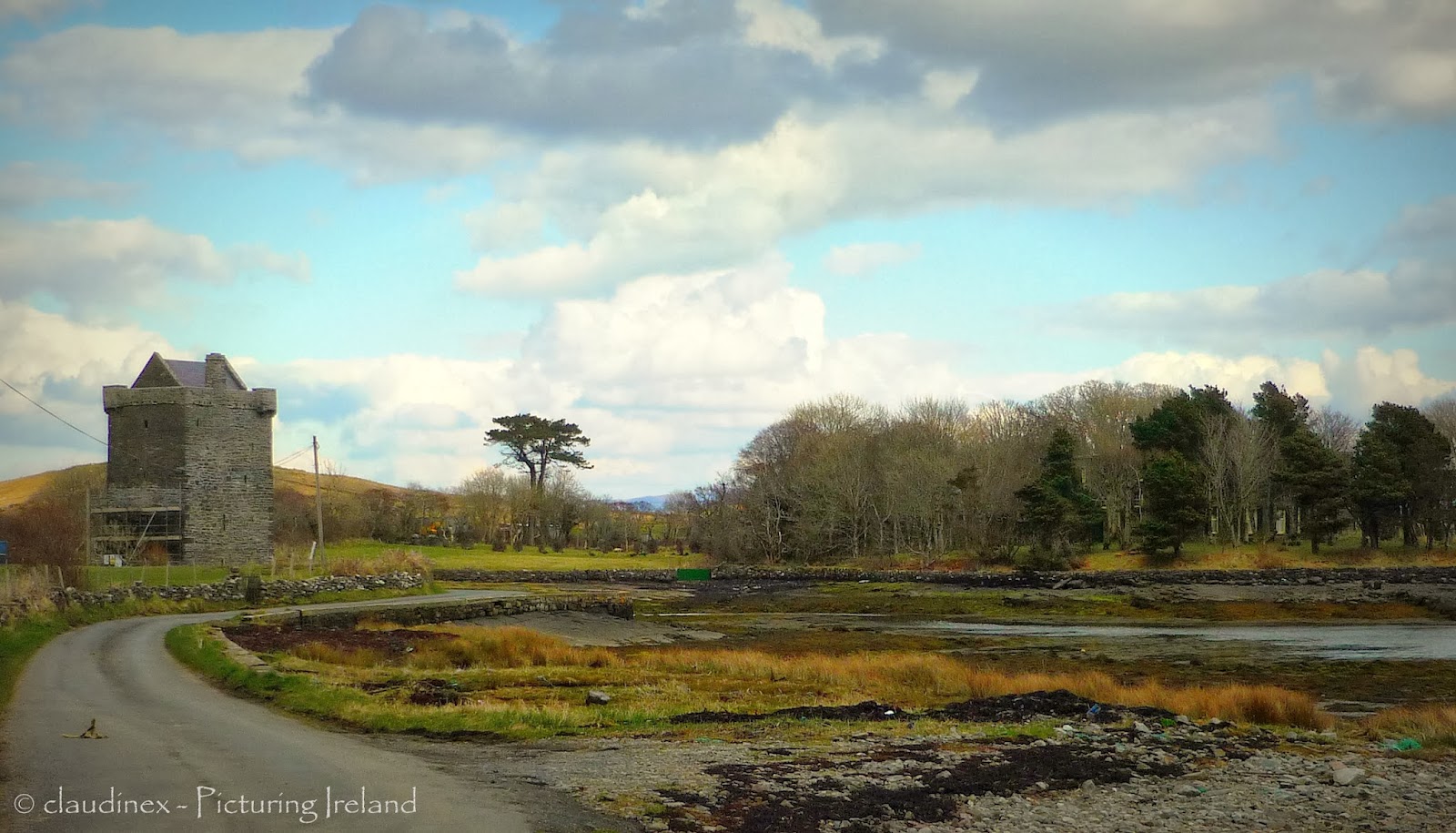 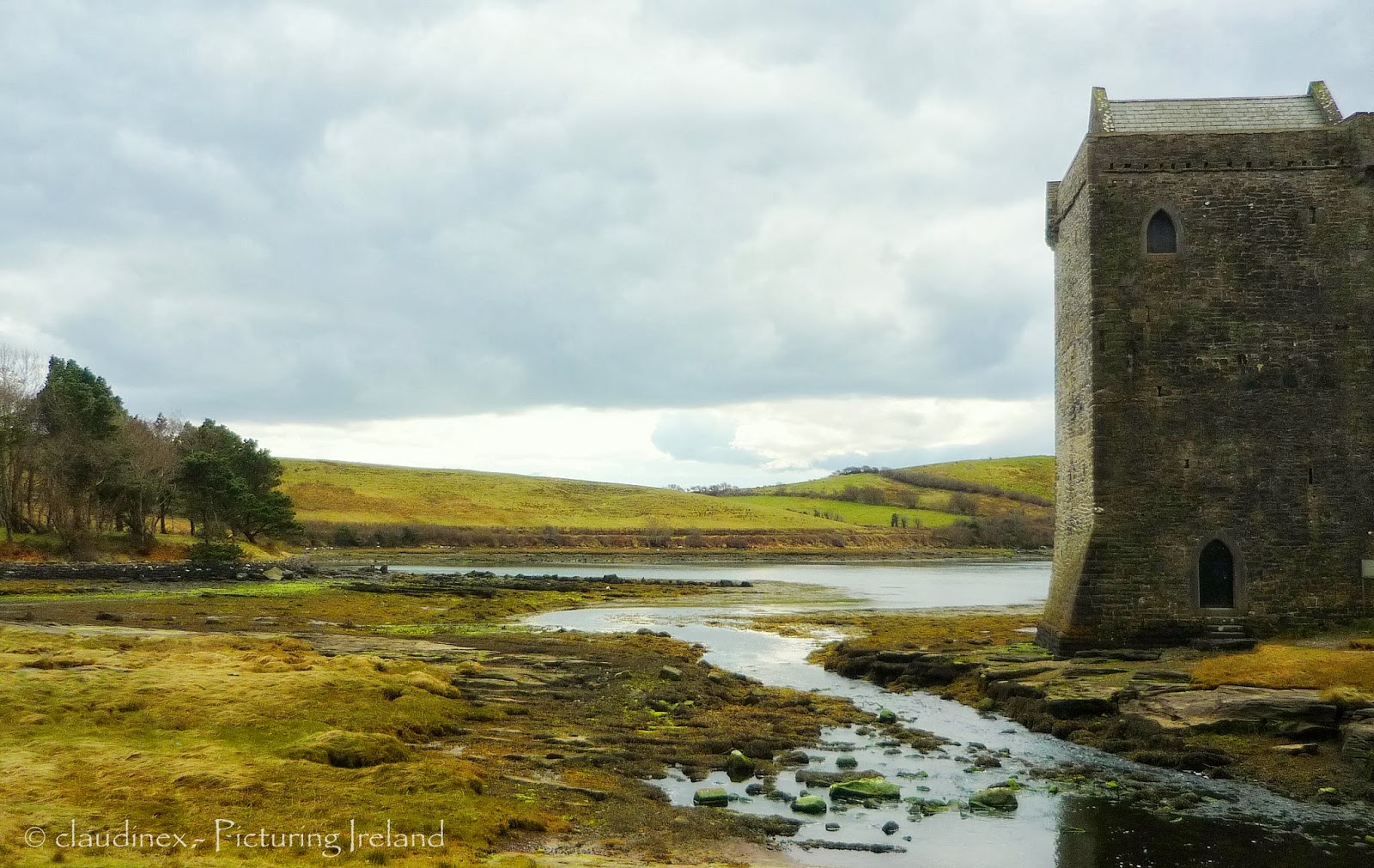 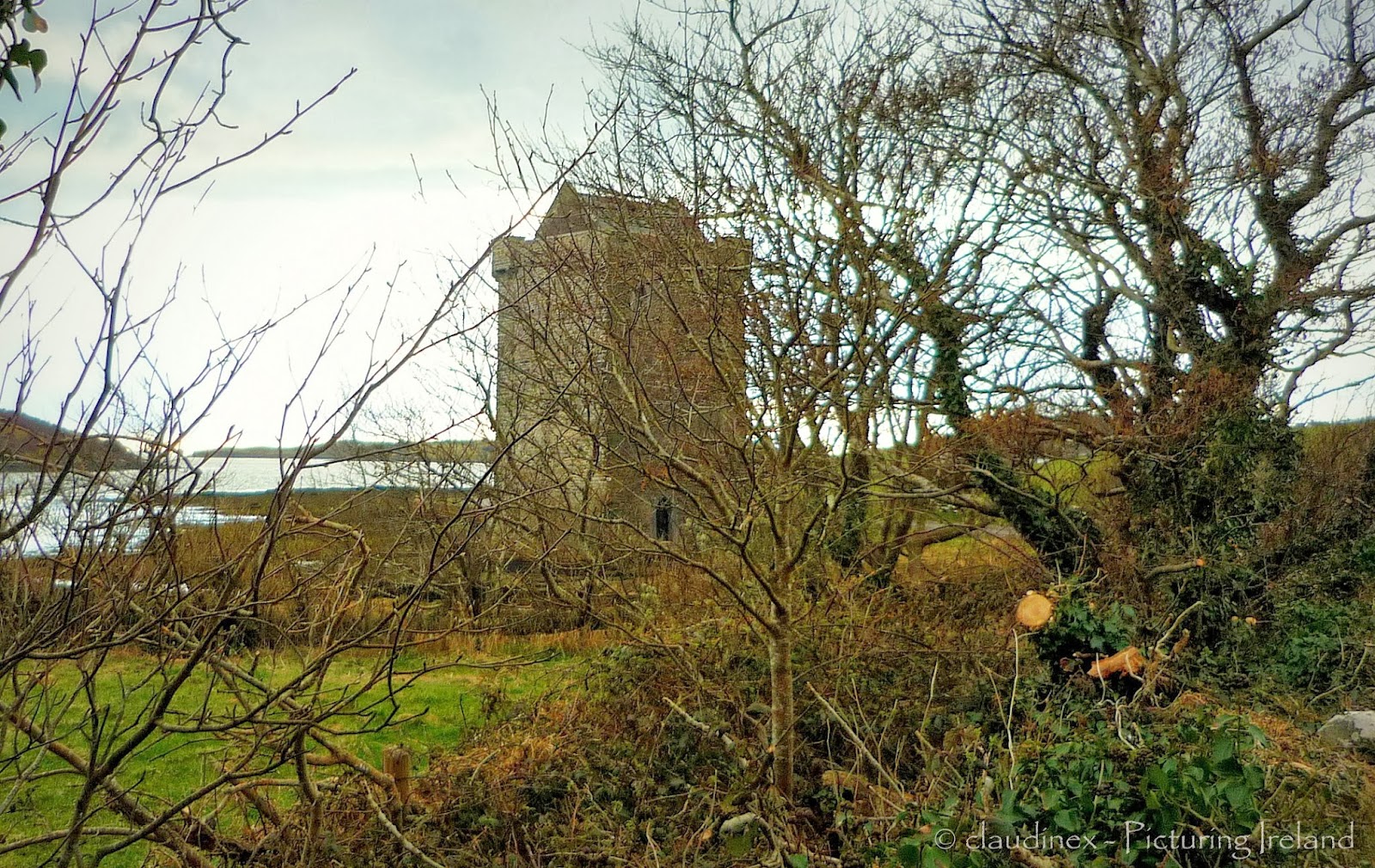 Posted by Picturing Ireland at 16:06